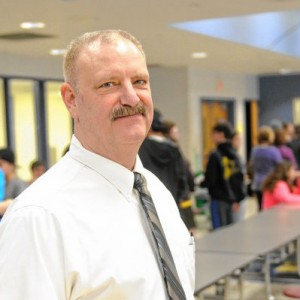 Northfield, MA – When first asked to take a promotion, Mike Duprey’s answer was a firm “no,” but it quickly changed to a “yes” after he witnessed his workplace of 17 years trying to operate without a leader.

It took less than a week for Pioneer Valley Regional School Assistant Principal to change his mind and accept the offer to take the reins after Principal William Wehrli left in December to pursue other opportunities.

“I said, ‘There’s no way. I can’t do this,’ and after about two days, I realized we needed a go-to person, somebody to grab the rudder. It just felt like we were floundering a little bit,” Duprey said. “Superintendent (Ruth) Miller was able to take a few administrative things off my plate and I agreed to do it.”

Duprey will continue to act as the assistant principal and interim principal leading up to the last day of the school year. Although both positions involve management oversight and other administrative duties, Duprey said his responsibilities as the interim principal differ immensely from those as the assistant principal and used a quote from his mentor and previous Pioneer principal, Gary Snyder, to describe the difference of each job.

“He put it in a neat way and said, ‘My view is the assistant principal is in charge of what’s going on in the school today. The principal is responsible for tomorrow and next year,’” Duprey recalled, adding that he’s been overjoyed with the amount of assistance the staff and students have offered throughout his transition into his additional position.