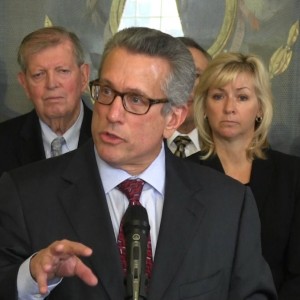 High costs for employee health insurance and special education have reduced the resources school districts can invest in other areas, including extended learning time, books, technology, arts, and counseling, according to a report released Monday by a commission charged with evaluating the state’s school finance law.

The Foundation Budget Review Commission, established by legislation in 2014, called in its report for updates to how the state calculates the per pupil cost of delivering education in Massachusetts, saying that the current system’s starting point — known as the foundation budget — underestimates the cost of educating the state’s students by at least $1 billion per year.

“Districts today are really laboring under a formula and laboring under assumptions that are incorrect, and right now our investments really aren’t matching our education,” said Sen. Sonia-Chang Diaz, who led the commission along with Rep. Alice Peisch. “Nobody believes that we should lower our expectations, and so we need to up the speed when it comes to matching our investment.”

If put into place by the Legislature, the commission’s recommendations would represent the first major updates to the state’s education financing system since the landmark Education Reform Act of 1993.

The financing formulas contained in the 1993 law “proved fair guidances” for the most part, though the commission found the formula “radically out of whack” in special education and health insurance costs, said former Education Secretary Paul Reville, a commission member and one of the original architects of education reform act.

According to the report, school district spending on employee benefits throughout Massachusetts exceeds the foundation budget allotment by more than 140 percent. The commission recommends that the formula be changed to calculate insurance costs and inflation rates based on actual averages from the state’s Group Insurance Commission.

Peisch, who chairs the Legislature’s Education Committee with Chang-Diaz, said that school districts have no leeway to modify their fixed costs for special education or health insurance to spend on other priorities.

“As a result, money is being taken away from other areas that the foundation budget provides for in order to fund these components,” Peisch said. “With sufficient funding for these areas, millions of dollars across the commonwealth will be freed up to spend on the kinds of things that we know students need.”