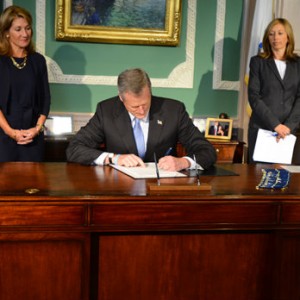 BOSTON, MA – Governor Baker’s FY16 budget has been signed for the Commonwealth. The final budget figure was $38.1 billion, with Baker’s vetoes totaling $162.8 million.

Cuts relating to education that are raising concern include funding for early education and care programs, and the full day Kindergarten development grant program.

According to Senate President Stan Rosenberg, D-Amherst, “We have serious concerns about many of the governor’s vetoes, particularly related to education, where he has cut programs ranging from early childhood to colleges and universities…given the increasing importance of education in closing the income gap and giving kids a decent chance in a highly competitive economy, cuts to these programs are short-sighted at best.” Rosenberg noted that overrides would be discussed.

The budget increases Chapter 70 education funds to approximately $25 per student.  A link to the Chapter 70 funding per town can be found here.

There was also an increase in the funds for both the Special Education circuit breaker program and the regional school transportation reimbursements over FY15.  The circuit breaker figure is $271.7 million, which is an $18.3 million increase above the previous year.  The transportation funding restores the emergency cut that former Governor Patrick instituted last November.  This year’s budget is $59 million.